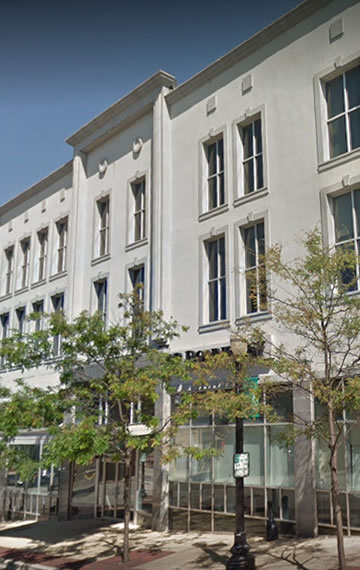 William D. Ackemann (1855-1917), proprietor of dry goods and furniture business, in 1895 opened a “big store” that provided goods and services from the cradle to the grave. The two-story building fronted on what is now East Highland Avenue for 44 feet and extended north to Division Street. Ackemann’s original building was doubled in size in 1908-1909, when the firm claimed it was operating the largest department store in northern Illinois outside of Chicago. A major additional completed in 1958 added about one-third more floor space. A warehouse for furniture and floor coverings was opened on Dexter Street in 1965, and in 1968 the store purchased the former Gail Borden Public Library building. With little exaggeration, it had grown to become “a block long and block wide”. In 1954-55 Ackemann’s cornice was removed and the facade covered with porcelain-enameled squares on steel framing.