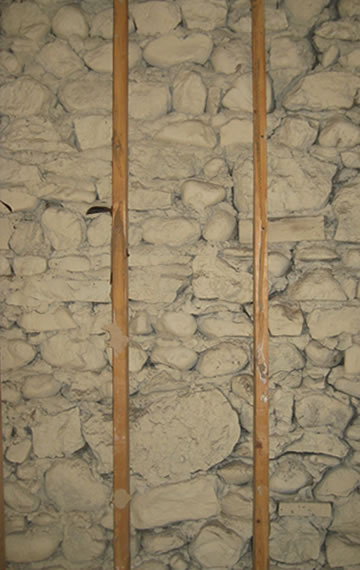 It is not the architectural style or the method of construction that makes cobblestone buildings so distinctive, but rather the choice of building material itself. The Nancy Kimball Currier House, an 1846 cobblestone building at 302 W. Chicago St., masonry is made up of cobblestones that are embedded in lime mortar. This was a common building construction at the time the Erie Canal was finished in 1825. The stones used were rounded in shape due to the deposits left by glaciers.

The home has been vacant since the city bought it in 2009. By then, the 1,500-square-foot space had been divided into six apartments. The Kimballs were among the city’s founding families. Nancy Kimball, whose sons William and Samuel served as mayors, lived in the house that had a prime view of downtown across the only bridge in Elgin at the time. Today, the plans for the house call for a “hands on” workshop area on the first floor, an exhibit and meeting area on the second floor, and office space on the third floor.

Want to donate? It’s easy to make a secure online donation to the Elgin Area Historical Society. All donations will be used on construction to first stabilize the building and then finish the interior. Please note the Nancy Kimball House project when donating. You will be redirected to the PayPal site to make your donation. You do not need a PayPal account to donate. Thank you!