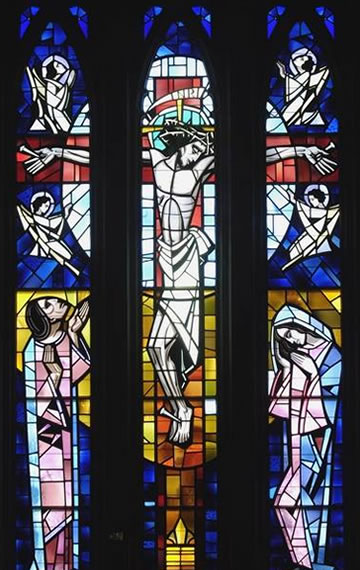 Atop Holy Hill, the First United Methodist Church is a landmark in this city’s rich history. Its intricate iron steeple rises high above the Elgin skyline. The history of the church goes back as far as the city itself. The first Methodist church on this site was called the Buttermilk Church, it was painted with buttermilk paint. It was constructed in 1839, but by 1849 the congregation had outgrown the building to the point that people on horseback would sit on their horses next to the open windows in order to hear the service. In 1864 the Centenary was built, but by 1920 the membership had grown to over 1,000, so the Centenary Church was demolished and the current building was erected in 1924, thanks to the generosity of David C. Cook. The architects Tallmage and Watson of Oak Park designed the building in the Gothic style which was at its peak of popularity during the 1920’s. Dr. Cook insisted the exterior be made of Bedford limestone instead of the brick the architects selected and personally covered the additional $10,000 cost. He also required that there be no doors on the east and west sides of the building so that anyone entering the church had to come through the front doors. Construction of the “church of 100 rooms” was begun in January 1924 and dedicated November 30th of the same year. The Elgin Courier listed the cost of the building construction to be over $407,000. Today the building is valued at $13,000,000. In the 60’s, Conrad Pickle of Wisconsin was commissioned to design 40 stained glass windows for the church. The circular Rose Window, which overlooks the Chancel, was dedicated in 1964. The following year, the large Crucifixion Window and its two smaller panels were installed at the opposite end of the sanctuary. These two windows were the start of a 10-year program of replacing old windows with new stained glass windows throughout the church. Each window bears a plaque naming the family or families who sponsored the window. In the early 1960’s the Austin pipe organ needed to be rebuilt. It was disassembled and sent to New York and returned as a 3 manual instrument with 48 ranks. It was rebuilt again in 2006 and, with the addition of the new digital Allan pipe organ, became a 4 manual, 167 rank instrument.

Beford Limestone: Paint was a home-made product. A person would obtain the pigment at the general store – red ochre – a color now named Venetian red was the most popular color and easiest to make. The pigment was mixed with whey from the making of cheese or buttermilk. Yala - you have paint!