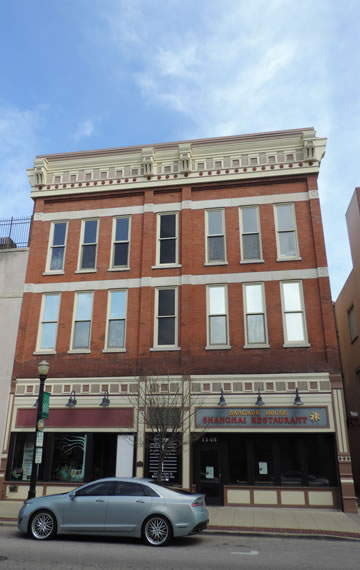 The Kohn Schramm Building is built in the commercial Italianate style. The front facade of the building is red brick, original on the upper two floors. A band of bricks projecting out from the wall surface outlines the second and third levels. The upper two floors are divided horizontally by light-colored concrete containing decorative detail. The cornice contains visually, heavy brackets (faithful replicas of the originals) spaced by poly-chromatic dentils. The windows, mostly original, are one over one, double-hung, wood windows. At the street level, the two storefronts have been restored with a central access door (with a transom containing prism glass) that leads up to the upper levels.